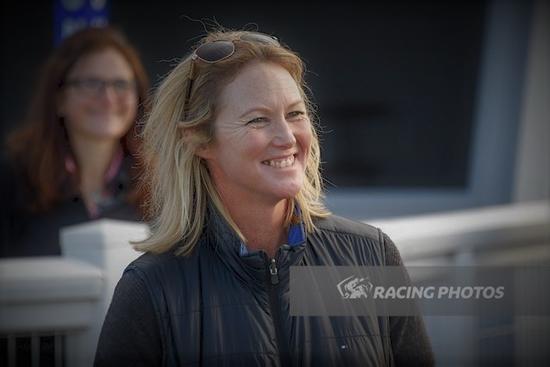 What a memorable day for Alicia and everyone associated with the stable, with Alicia training her first career treble at Geelong on July 3.

Alicia took Frankiedee, Missandei and Lycka Till to the races with high hopes and expecting some good results.

Frankieedee had been a model of consistency this preparation and had recorded 3 placings from his 3 starts. Put into the race from his wide gate by Jamie Mott he proved too strong over the concluding stages to score comfortably. A good start to the day for the stable with 2 nice chances still to come.

Missandei had won her maiden first up at Geelong synthetic at her previous preparation and was looking to repeat the dose, this time around in a BM58. Having an abundance of natural speed she flew he gates as she normally does. Unlike last year when she led easily and ran them off their legs, this time she took the sit behind a tearaway leader. She was able to conserve her energy in the early part of the race and found plenty when asked at the 200 to put the leader away in good style.

A winning double is a fantastic result and something to be very proud of. Two winners that were both well found in the market.

The third runner for the day Lycka Till had some challenges if he was to complete the perfect hat-trick. It was a good class BM70 with some track specialists among his rivals, not the least Valderrama. He would also have to defy the racing pattern for the day where all winners had been on the pace and the market who had him as an outsider.

A victory looked unlikely when he trailed the field by a couple of lengths coming to the turn with a lot of ground to make up. Pulled to the outside on straightening he slowly started to build momentum. By the time the 200 was reached he was motoring and quickly reeling in the leaders. He powered away over the final stages to win emphatically and complete a landmark day for Alicia and the stable.

Congratulations Alicia and well done to everyone in the stable who helped prepare the three horses.