Deja vu for Lycka Till 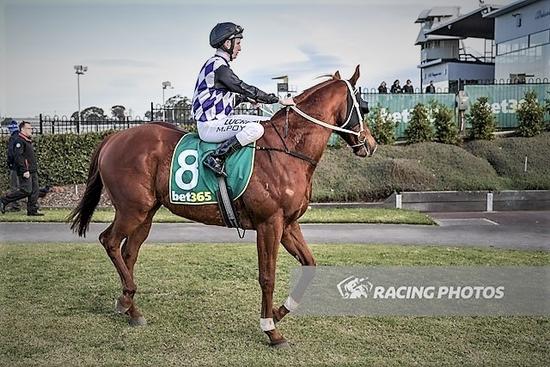 Lycka Till has now had 4 first up runs on the Geelong Synthetic for 3 wins and a third, in good class benchmark races. The latest of these was in a BM70 over 1200, on July 3.

His win was very significant for the stable as it completed Alicia's first ever treble in her training career.

In a tactical race, Michael Poy made sure his main rival Valderrama with Michael Walker on board, had to stay on the inside early, which denied him the opportunity to get to the outside in the straight and unleash his powerful finish.

Giving the entire field 2 lengths start at the 400, Lycka Till looked to have his work cut out for him as the pattern for the day favoured on pace runners.

Taken to the outside as they straightened by claiming apprentice Michael Poy he began to build his momentum with Valderrama on the inside looking for the way clear.

Approaching the 200, Lycka Till was starting to charge and put himself into contention. He continued that over the latter part of the race to score comfortably.

A treble for Alicia and a treble for Lycka Till, 3 first up wins at the Geelong synthetic.