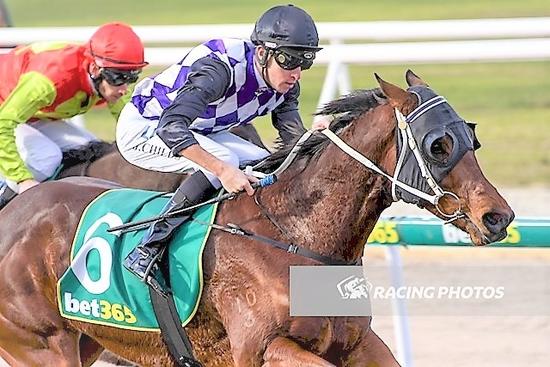 Missandei again displayed her liking for the Geelong Synthetic track and racing first up, when she scored a terrific win over 1000 in a BM58, on July 3.

It was almost 12 months to the day that she scored her maiden win over the same course. On that occasion she led all the way and ran her rivals ragged. This time she took a sit behind the tearaway leader and proved far too strong over the concluding stages.

By adding this racing pattern to her natural speed, this gives her more scope for future races.

Jordan Childs who has recently returned from a suspension, utilised her speed and a good barrier to put her in the race early. Taking a sit off Dragon Artist, she settled well and got a good cart into the race. Dragon Artist had a good kick on the bend and in the early part of the straight and was still clearly in front at the 200.

When Jordan produced the whip at the 200, Missandei found plenty and surged to front to put the race away very quickly.

Short trips and firm surfaces are what seems to suit her the best. This will be the focus in placing her to best advantage over the coming months through what is traditionally Victoria's wettest part of the year.