Costa does plenty in Kilmore victory 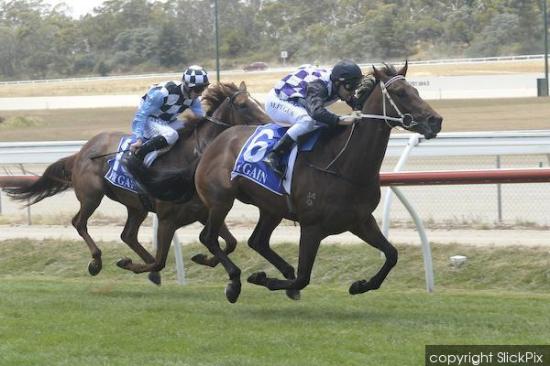 Costa Plenty’s purchase price might not match his name but the gelding broke his maiden in dominant fashion on his home track.

The son of in-form stallion Danerich was passed in for just $4750 as a weanling but made his way to the Alicia Macpherson stable to begin his career.

Costa Plenty struggled on slow going at his only two-year-old start  during his winter preparation but improved markedly during his 26-week spell.

Costa Plenty trialled well before resuming with an encouraging fifth in a Kilmore maiden on January 5, from which the gelding derived great benefit.

The extra fitness was a key factor in Costa Plenty’s maiden win after jockey Mark Pegus had no luck getting the three-year-old in closer than three horses off the fence in the first 500 metres of the $15,000 contest.

Pegus decided to press on, sending Costa Plenty to the lead at the 600 metres but the lightly-raced galloper maintained his effort to hit the front at the 200 metres.

Costa Plenty made light of his tough run to assert his dominance over his opposition late has he strode to a one-length success.

Costa Plenty broke his maiden at his third start, earning a $9000 winner’s cheque for his delighted owners.